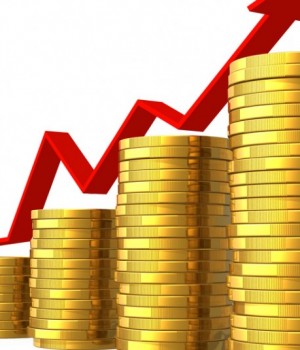 Romania’s economic growth would reach a peak of 4.2% in 2016, thanks to strong wage growth and fiscal easing, while in 2017 it will slightly moderate to 3.7%, according to winter economic forecasts published Thursday by the Commission European, Agerpres reports.

The European Commission (EC) has improved Romania’s economic growth estimates for both 2015 and for 2016 and 2017 while in the autumn they forecast an advance of 3.5% in 2015, followed by an increase of 4 1% in 2016 and one of 3.6% in 2017.
According to the new number, the Community Executive estimates that in 2015 the real GDP growth of Romania was one of 3.6%, the highest growth rate after 2008. For 2016 and 2017, the EC argues that the main engine of economic growth will remains domestic demand, while the contribution of net exports will remain negative.
VAT reduction from 24% to 20% in January and the increase of the minimum wage in May will stimulate consumption and will push economic growth to 4.2% in 2016. As inflation will accelerate from the middle of 2016, consumption growth will slow but even so, GDP growth will remain above potential at 3.7% in 2017.
“A major risk to the macroeconomic forecast is a possible implementation of the Law for payment as approved by Parliament. The retroactive application of the law could have a negative impact on credit growth, consumer and investor confidence as well as on domestic demand” reads the EC report.
Despite the robust economic growth, the European Commission warns that the basic deficit would rise significantly during the forecast period due to reduced taxes and increased spending. If in 2015 the government deficit in ESA terms fell to 1.1% from 1.4% of GDP in 2014, the EU executive estimates that in 2016 it would increase to 3% of GDP , the limit set in the Maastricht Treaty.
The underlying budget deficit is expected to deteriorate to 3.8% of GDP in 2017 due to an additional reduction in VAT, removal of additional excise duty on fuel and pole, which will have a negative impact on income argues the EC.
At EU level, the Commission winter forecasts indicate that the global growth prospects have not experienced major changes compared to the autumn forecast, but the risks have increased, mainly due to external factors. In the euro area, growth is projected to 1.7% this year from 1.6% last year and 1.9% in 2017. Economic growth in the EU is expected to stabilize at 1.9% this year and reach 2% next year.

Last fall, the National Commission for Prognosis (CNP) revised its growth projection to 3.6% on advance gross domestic product (GDP) for 2015 and maintained at 4.1% the estimate for growth in 2016.

In January, the World Bank has improved its advance estimates of the Romanian economy in 2015 to 3.6%, compared to 3% as estimated in June last year. The World Bank has improved also the forecasts for this year, the Romanian economy will record an advance of 3.9%, 0.7 percentage points more than estimated in June last year. Also, forecasts for 2017 were also improved by 0.6 percentage points to 4.1%.