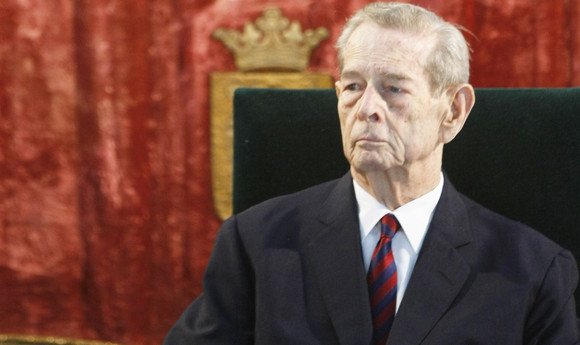 King Michael was admitted five days ago to a clinic in Lausanne. The former sovereign of Romania is in a state of severe physical weakness and is receiving permanent treatment, informs a release of the King’s Press Office.

The 94-year-old King is recovering from recent surgery, following his being diagnosed with chronic leukemia and a type of skin cancer.

According to the cited document, his current condition is stable and the doctors believe that his evolution will be relatively steady.

Queen Anne is at the family’s residence in Switzerland and Princess Margareta, who is the Custodian of the Crown, has informed her of King Michael’s admission to hospital. The Queen’s condition is stable and she receives treatment specific for Her Majesty’s age.

Crown Custodian Princess Margareta and Prince Radu have been visiting Their Majesties every day and remain in Switzerland at the side of the King and Queen. The Princesses of Romania, Their Majesties’ daughters, are planning to travel to Switzerland in the coming days in order to see their parents. They have been in daily contact with the family and have been following with hope and sadness the developments in their father’s state of health, informs the release.

The Crown Custodian thanks all those who have generously sent messages of encouragement to King Michael and Queen Anne.

“The Royal Family is moved by people’s depth of feeling towards the King and the Crown, and likewise by the decency and respect with which the media have covered this sad and worrying event,” reads the release.

The Royal Council has acknowledged the health state of King Michael I, who was recently subjected to a surgical operation. The former sovereign stated in a message released on Wednesday that he is sure that “Margareta, the Crown Custodian, will find the wisdom and strength” to represent him and carry through all his public actions.

“In the recent weeks I have received news of a serious medical diagnosis. This occurs in the year when the [Royal] Family and the Country celebrate 150 years since the founding of the Dynasty and of the modern Romanian state. I am sure my daughter Margareta, the Crown Custodian, will find the wisdom and strength to represent me and carry through all my public actions. I requested the Royal Council to continue its mission and offer its advice to the Crown Custodian,” reads the King’s message.

According to a release of King Michael’s Press Office, he was diagnosed with metastatic epidermoid carcinoma and chronic leukemia.