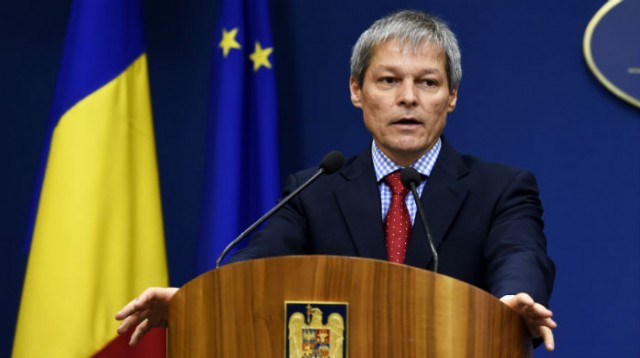 Authorities in Bucharest took every step to protect the Romanian citizens in Belgium, Prime Minister Dacian Ciolos declared on Tuesday after the terrorist attacks in Brussels. He mentioned talks with intelligence and home affairs officials who assured him there was no threat for Romania.

He added that the Foreign Affairs Ministry has mobilized a crisis cell at the Romanian embassy in Brussels and made phone numbers available for Romanians who need information, whether they live in Belgium or have relatives there.

“We have a team at the Amsterdam airport where a TAROM [Romania’s air company] flight was rerouted this morning; it has already landed; we have a consular team helping in directing passengers arriving for Brussels who were diverted to Amsterdam,” Ciolos stated.

Information from the Interior Ministry also came through its attachés in Brussels, who went to the Zaventem airport in the morning. “According to available information, the TAROM flight already took off before the attacks, so no Romanian citizens, passengers present at the airport to return home should be affected,” the prime minister said.

“On the other hand, I have asked Mr. [Interior Minister Petre Toba] and ambassador Tinca to convey to the Belgian Government our availability to support if needed. I have also had a dialogue to this effect with President [Klaus] Iohannis; we decided together not just to make sure we provide direct help to Romanians who live there [in Belgium], if necessary, but also to help the Belgian authorities if they think it’s necessary. So I want to assure you we’re taking all the necessary approaches to ensure protection to Romanian citizens, while voicing our solidarity on a European level with Belgium’s government and citizens, and once again, our compassion for the victims and their families,” Ciolos told media at an unrelated event.AGERPRES