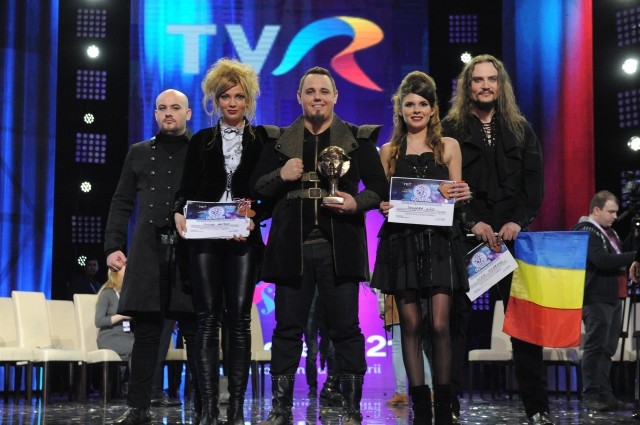 The Romanians have selected on Sunday, March 6, the artist who will represent them at this year’s Eurovision song contest.

Moment of Silence is a “song of the soul, for the souls” composed during the protests organized in Romania after the tragedy at Colectiv club, according to Eurovision.tvr.ro.

“I want to thank all of you, to the public who voted, to the rock community in Romania, to the artists who supported me, to my family, my wife, my amazing team,” Ovidiu Anton said after winning the local contest.

Ovidiu Anton participated in the Eurovision contest four times before, and this year he managed to get the most votes. It was the first time when only the public decided the winning song.

Romania will compete in the second semifinal of this year’s Eurovision song contest, which will take place on May 12.

Voltaj represented Romania at the 2015 Eurovision with the song All over again / De la capat, ranking 15th in the final organized in Vienna, Austria.

Who will represent Romania at the 2016 Eurovision?

TEE COLLECTION – Everyone loves an original and unique t-shirt!